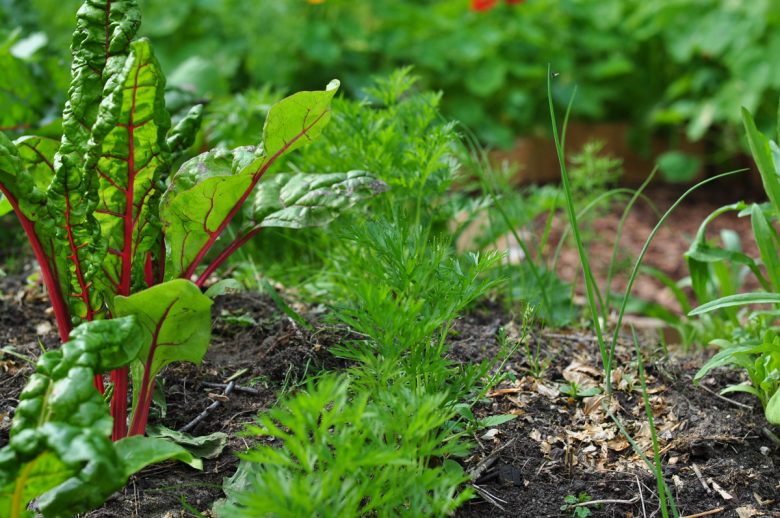 These are the garden bed plans of the last three years. I developed them considering crop combinations that work well. As you can see, the first years I put more effort in the detailed paintings of the plan- it was fun. I was also very scared to make mistakes while planting things together. This year was the first in the last 5 years of planting stuff that I actually felt confident and at ease with what I was doing. A friend recently told me she does consider herself not having a green thumb. My answer was, as always when someone tells me this about themselves: We are not born with green thumbs. It is a learning process.  I hope some of this inspires you to try out new combinations.

I would also plant different salads and some chards after radishes and spinach. Maybe you noticed that this year I did not plan a lot of flowers in between the beds. This is due to a finding that they grew quite high and took more space last year that I would rather use for eatable crops. So this year I planted more flowers in the proximity of the beds.

As you can see, the 1b part of the plan is missing. In 1b I was planting salads and Zucchini. It did not really work, as last year we had a slug invasion and they would eat every baby zucchini plant. So in the end I only planted salads there. The idea to plant pumpkins to climb on a frame and to plant things under the frame did not work out well. It might have been the certain variety that I chose that could not climb very well, but under the frame there was definitely not enought light to plant other stuff. The space under the construct I built for them was also not well accessible

In figure 3a you see an experiment I did with planting Corn, squashes and beans together- this combination is called the „three sisters“. It´s a native american crop combination, where the corn originally gives a structure to climbing beans and the beans fix nitrogen in the soil and makes it accessible for the corn ans squashes. The squashes with their spiky leaves protect the crop from plant eating animals. I learned that you can not succesfully plant climbing beans with the corn in our latitude, as the sun energy is not high enough to provide enough light to both beans and corn. So I planted bush beans with the corn. The experiment that year revealed that the corn and beans developed well, but the squashes in between did not get enough light / and or nutrients. The squashes at the marginal did thrive though.